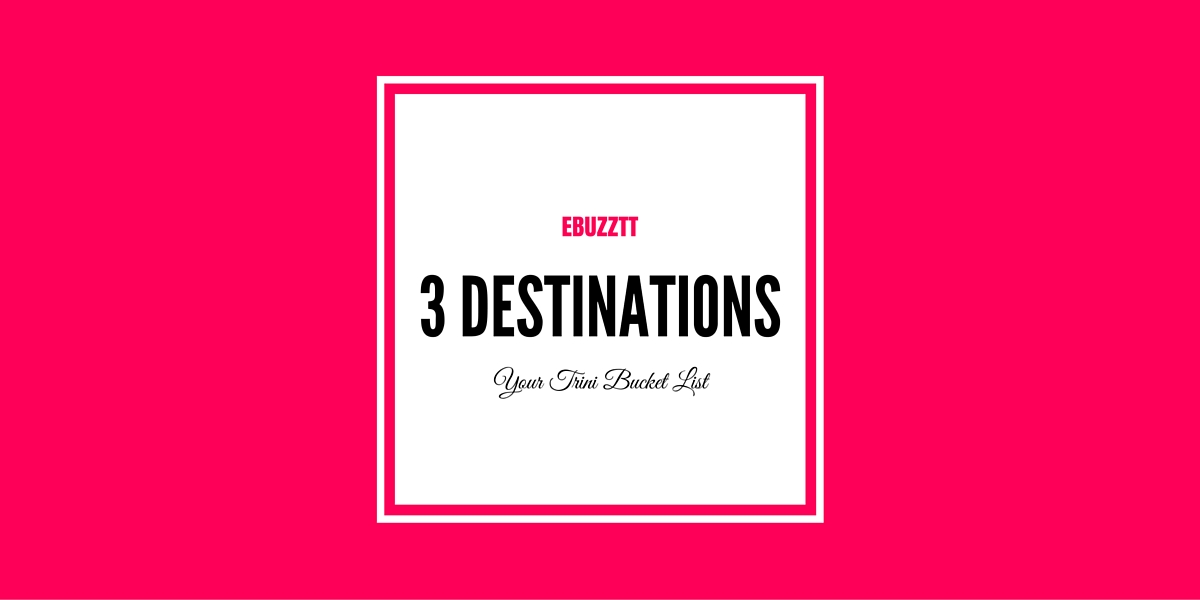 Trinidad. A true cosmopolitan spot. A home to some of the most wondrous landmarks and landscapes in the world, both historical and contemporary. Despite its remarkably small size, it is nearly impossible to compile a list of all the sites that a tourist should put on their checklist of places to visit. The options are endless.

Imagine you were given an unfortunate ultimatum and you had to choose three places to visit on a trip to Trinidad, where would you go? Thankfully EBUZZTT has come to your rescue. Many incredible options had to be excluded in compiling this list but we assure you that these three were carefully chosen as it gives the visitor an all-round experience of our beautiful cultural blend. A beach, a lake and as simple as it sounds, an avenue… 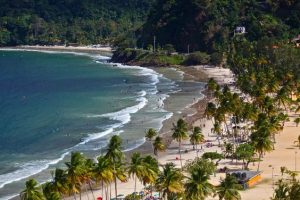 The famous Maracas Bay of Trinidad. Quite possibly the most popular and most prized beach in all the land, loved by tourists and locals alike. It is probably the number one choice on similar lists throughout other travel guides but it is number one for a reason. I may quite possibly be the only person living in Trinidad who had never visited Maracas Bay until the age of eighteen (which was only a few years ago!). I was afraid it seemed too good to be true. But on my eighteenth birthday history was made. All fears were alleviated, all rumors confirmed!

The winding hilly drive with a crisp, cool air and breathtaking overview heightens the anticipation. Ensure that you make a stop on the famous ‘lookout’ and enjoy a bird’s eye view of the capital city, Port of Spain. Before you know it, you’re greeted by the loud crashes of blue foamy waves and a blood-warm sand that caresses your feet and assures you that you will never want to leave. But if you must, be sure to try our famous Bake and Shark (or Bake and Kingfish if you so desire) with all the toppings and condiments that your heart desires!

The La Brea Pitch Lake is the world’s largest natural deposit of emulsified asphalt. Once considered to be the 8th wonder of the world, it attracts thousands of tourists annually and has much historical significance dating back to the days of our first peoples, the Amerindians. The Amerindians believed it to be a sign of punishment from their gods but it was re-discovered and re-contextualized by Sir Walter Raleigh in 1595 to be a resourceful occurrence. (Talk about a difference in perception!)

Visitors have the opportunity to take photos and videos of the lake and it is even possible to walk across into the lake. At times, visitors can submerge themselves into the pools and cracks that have formed within the lake. The mineral waters have been known for its healing properties for skin diseases, acne, and infections. A historical landmark and it fights acne? What more can you ask for?!

One of the hot spots along Ariapita Avenue, deemed by most as the hub for entertainment.

Trinidad is forged from the love of liming …oh and liberty too! There’s nothing that Trinis love more than to lime (a.k.a ‘hang out’). We make everything a lime, literally EVERYTHING. So there’s no surprise that we have designated an entire street known as “De Avenue” solely for the purpose of liming. Your trip to Trinidad and a taste of our culture is incomplete without a visit to De Avenue. It is lined with an array of nightclubs, lounges, pubs, bars, restaurants, and street vendors selling burgers, gyros, hot dogs, wings and fries and so much more. You can hop from one venue to the next as much as you wish. The roadsides become liming spots in itself and are always decorated with scores of well-dressed limers. In the United States of America, New York is considered the city that never sleeps. Here in Trinidad, it is De Avenue that never sleeps. On any given night the streets come alive with the sound of music, humming car engines, boisterous laughter, and drunken chatter. We are a party nation, so any trip to Trinidad is incomplete without a taste of our exciting nightlife.

Related Topics:
Up Next 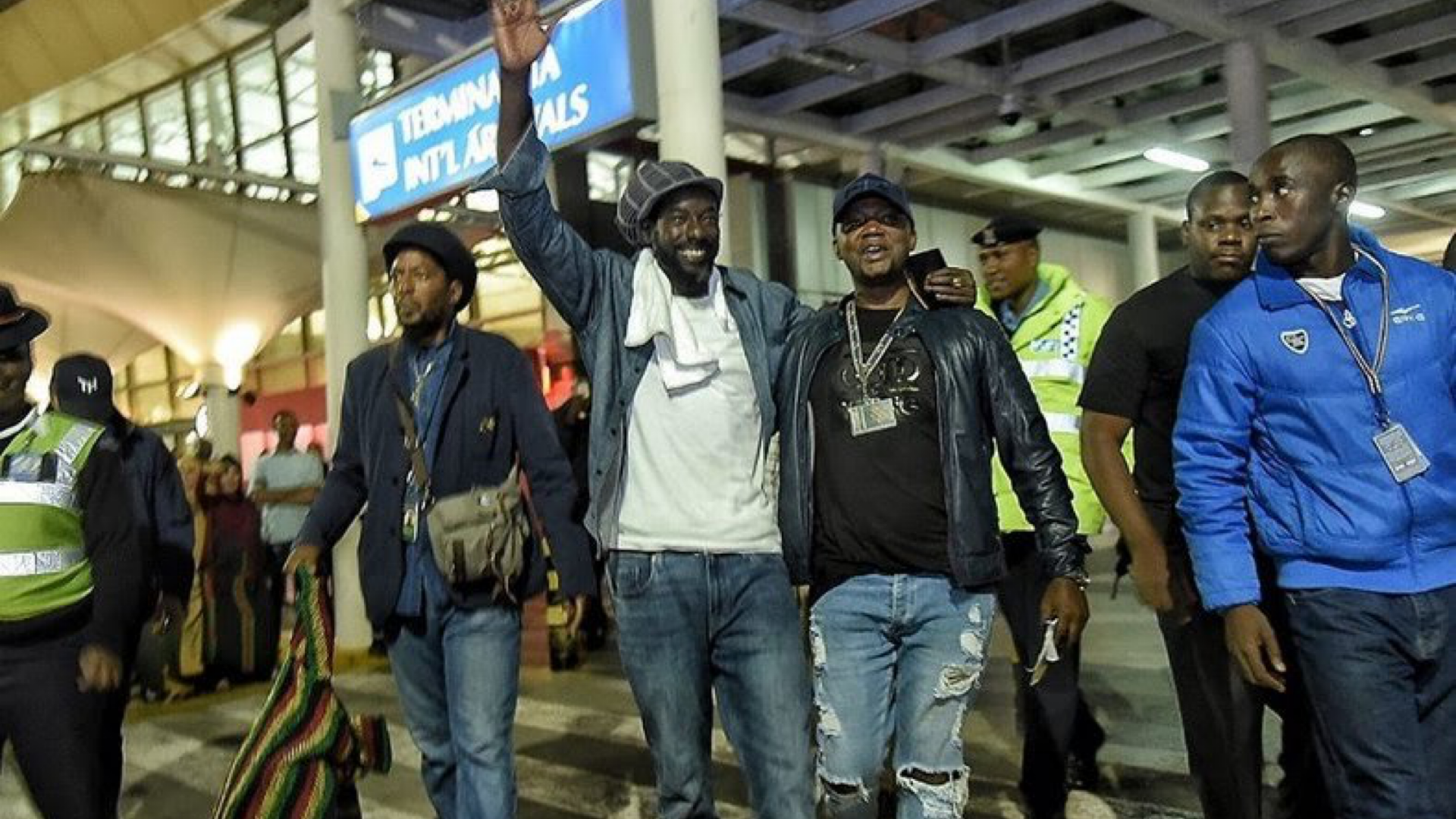 Reggae music, it’s positive force, will command the attention of Kenyans this weekend as Jamaican dancehall and reggae icon, Buju Banton prepares to perform for fans on Saturday night.

Buju arrived at the Jomo Kenyatta International Airport on Thursday to much fan fare. It is his first time in Africa, a place he openly called “home” as he greeted Kenyans upon arrival. “I touch the ground not the carpet, Africans with African pride fighting to attain our rights. I am happy to be home,” he said.

According to Kenyan media, Buju will tour the Nairobi National Park before paying a visit to inmates at Kamiti Maximum Prison. The artiste had been billed to perform in the country since December 31st.

Since his release in December 2018, Buju has made his presence felt in many arenas across the Caribbean and even as far as Amsterdam. This is however his inaugural trip “home” to Africa, as he calls it. 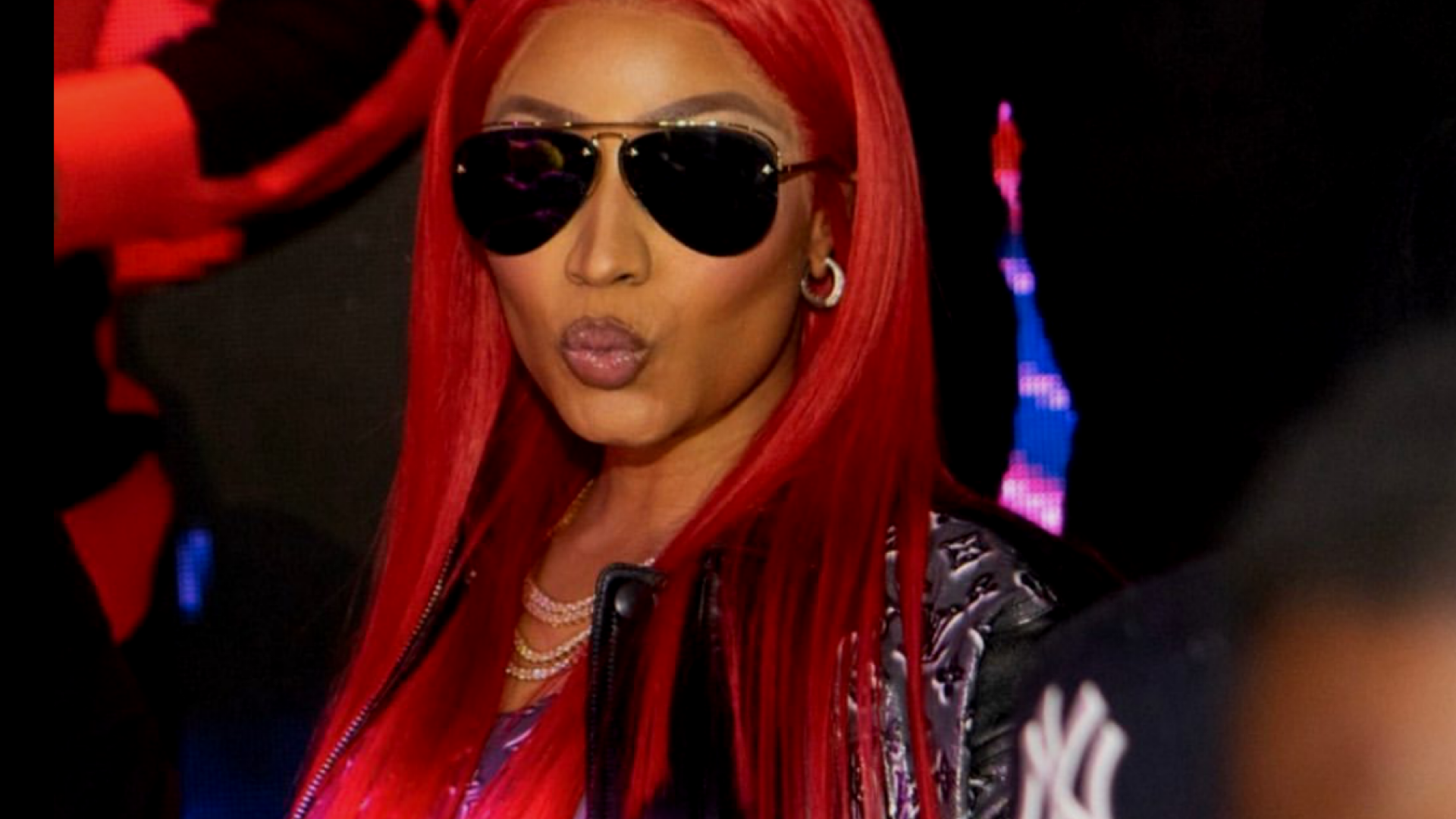 She took a couple months off the social media stage and seems to have rebooted all systems, and is set to cause a stir in the weeks and moths ahead. Accomplished Trinidad and Tobago born rapper, Nicki Minaj has signaled to fans that she’ll be in Trinidad and Tobago this February for Carnival 2020! Now with that, we’re almost certain things are about to get crazy!

Nicki last visited her homeland in 2012 when she shot the video for “Pound the Alarm.” Subsequent to that, she openly offered financial assistance in 2018 to the people of Trinidad and Tobago who were devastated by flooding.

Five months ago, the often animated singer who stepped back from the rap scene and in that time, reportedly got married to old flame Kenneth Petty, revealed plans to visit the country of her birth much sooner than many would expect. She had made the revelation during the island’s 57th Independence Day celebration.

Fast forward to February 4th, 2020 and Minaj openly told fans that she’d be heading home for Carnival. Details surrounding her expected arrival and whether she’ll be playing Mas and with which band, remain unknown at this time. Stay tuned, Ebuzztt will bring you the updates as we get details! 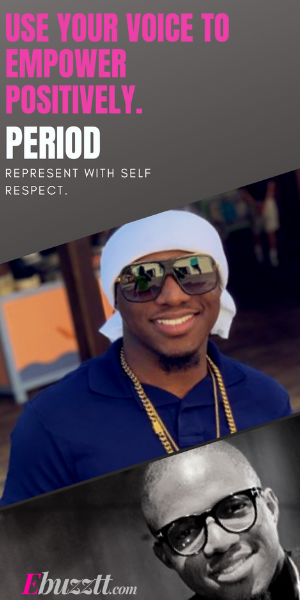