Rumours and conspiracy theories may be getting the better of many Caribbean people in the US, this even as the US President and others in authority have been trying their hardest to get things back to some semblance of normalcy after more than a year of Covid-19 restrictions. Ebuzztt had a little one on one chat with New York city based soca artist, Rayzor of The Request Band and he expressed the view that many Caribbean people remain skeptical about taking the Covid-19 vaccine.

“Within the Caribbean community there’s a lot of skepticism because really and truly we don’t know the long term effects of the vaccine,” he said, adding that in conversations with his friends and other people within the Caribbean community, there were those who said they would not be taking the vaccine at all, and would simply wait it out. “Where I am on this is kind of on the fence. I don’t know the long term effects of the vaccine, but I’m also seeing that in the near future, a vaccine will decide how fast you, as an individual, will proceed with regaining some kind of normalcy in life,” he said.

The artist says he continues to monitor things. He told us he believes companies in the US will not hire unvaccinated persons and will implement restrictions where that is concerned. “Here in New York they’re going to relax a lot of restrictions – restaurants, amusement parks, clubs, groceries and the workplace… so very soon we may see the social distancing element relaxed a bit. My main concern is if I don’t take the vaccine by choice, and there are restrictions, I can obviously protect myself, but now they’ve relaxed the laws so that if you are vaccinated, you can stop wearing masks ; But what prevents a person from saying they’re vaccinated when they’re not?” he questioned.

Rayzor says there’ll be no law restricting persons from standing close together, and even speaking into the faces of each other, something that in itself, would be a risk to the unvaccinated person. He made reference to the New York City subway, highlighting the usual rush hour interactions. He said for artistes, like him, there is certainly a risk associated with not being vaccinated. “Us as artistes, we get called for shows. Are we now going to go in the club with everybody clustered, because most people are acting like they’ve gotten the vaccine and if there’s no protocol in place by the club to show your vaccination card, everybody will be in there together,” he reasoned.

Rayzor admitted that things will more than likely become a little difficult for people who are unvaccinated. “This virus isn’t going anywhere anytime soon. It’s gonna always be around, just like the flu so it’s really on the individual. My thing is if you don’t have to travel and your job doesn’t require it, you may not need to take it, but if you know you’ll need to travel and if you need the vaccine to get certain jobs or hold on to your job, you’ll have to make a decision,” he rationalised. “While we are gambling on the long term effects of the vaccine, and whether there will be any, we are 100% certain that the virus is serious,” he said.

At home in Trinidad and Tobago, the sentiments have been pretty much the same, with many still skeptical about taking the shot. Several islands across the Caribbean have been ramping up vaccination efforts, aiming to achieve herd immunity. Herd immunity is a form of indirect protection from infectious disease that can occur with some diseases when a sufficient percentage of a population has become immune to an infection, whether through vaccination or previous infections, thereby reducing the likelihood of infection for individuals who lack immunity.

Highlighting the importance of each individual making the right decision as the world attempts to regain its footing, Rayzor admitted that there may be a lot of misinformation being spread. “We live in a funny time and there’s a lot of information out there. We have to be careful of what we listen to, who we listen to and we we’re following,” he said.

The artist has released a new single called ‘I Believe’- a conscious soca single he felt compelled to release at a time like this. Be sure to check it out on YouTube.

Now, tell us, are you taking the shot?

“We Are a Small, But Proud Country.” – TT Health Minister To Trevor Noah. 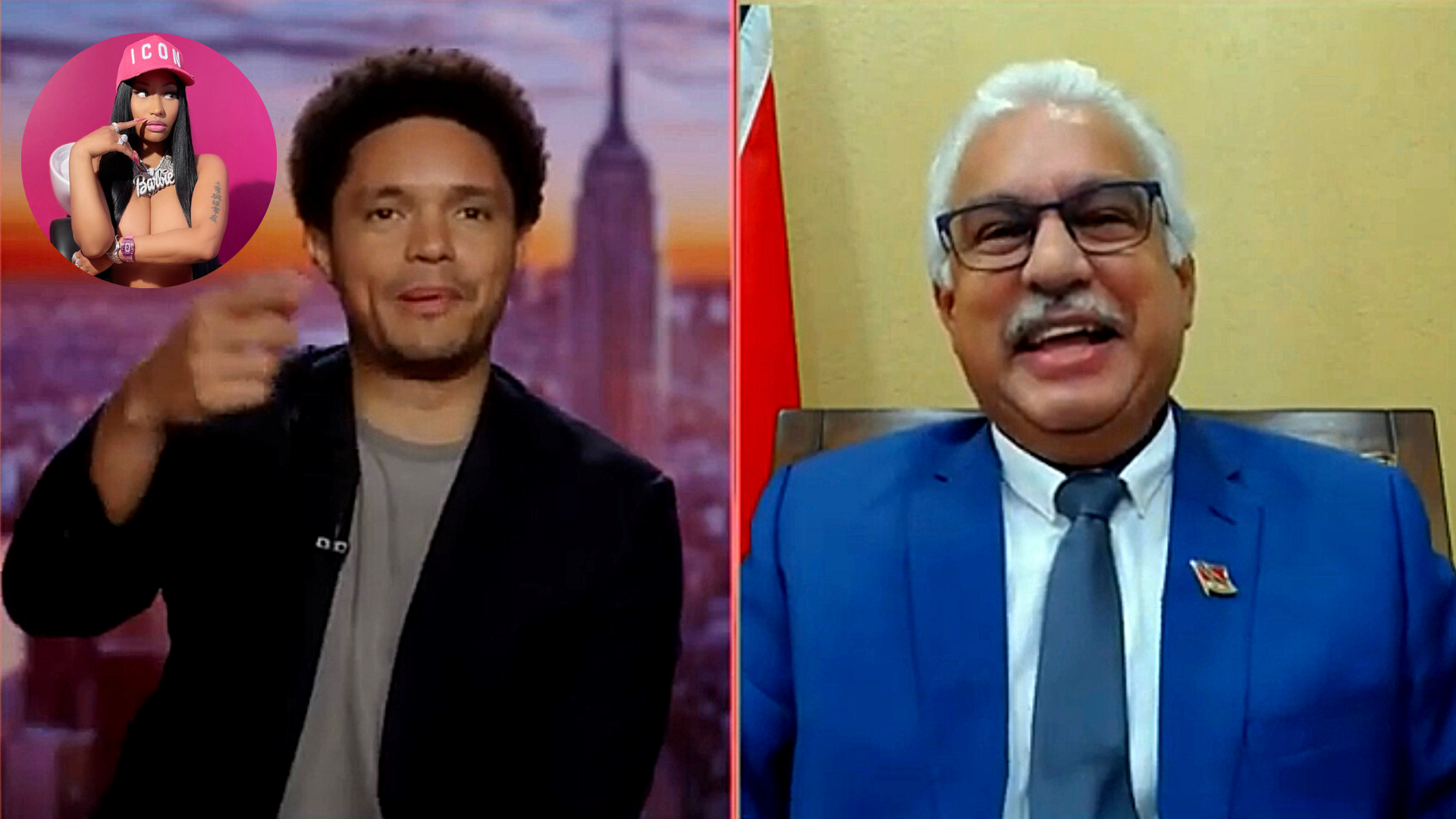 Trinidad and Tobago’s Health Minister is today being hailed a hero for his professional execution of yesterday’s interview on The Daily Show with Trevor Noah.

During the virtual interview with the South Africa born host, Deyalsingh is heard repeating, “Trinidad is a small but proud country.”

The interview was seen as necessary by the team at The Daily Show, according to Noah, to debunk rapper, Nicki Minaj’s claim that someone in Trinidad had experienced testicular swelling after being vaccinated for COVID-19. Introducing the minister to his global audience with a bit of humor and some reference to Trinidad and Tobago’s carnival culture, Noah allowed the minister to deliver his Ministry’s statistics. Minister Deyalsingh noted that some 1 million vaccine doses have been administered in a population of 1.3 million. “We are confident that we have brought WHO approved vaccines to Trinidad and Tobago,” he said, before adding, “of those 1 million doses of vaccines we have administered, there have been only been 5 cases of adverse events, all reported to WHO.” Minister Deyalsingh further stated, “none of them includes testicular swelling.”

In the comments beneath the Daily Show video on YouTube, viewers congratulated the country’s minister on a job well done. One person, Constance Robertson said, “This Jamaican thanks the TT Minister of Health for repping the entire Caribbean.” 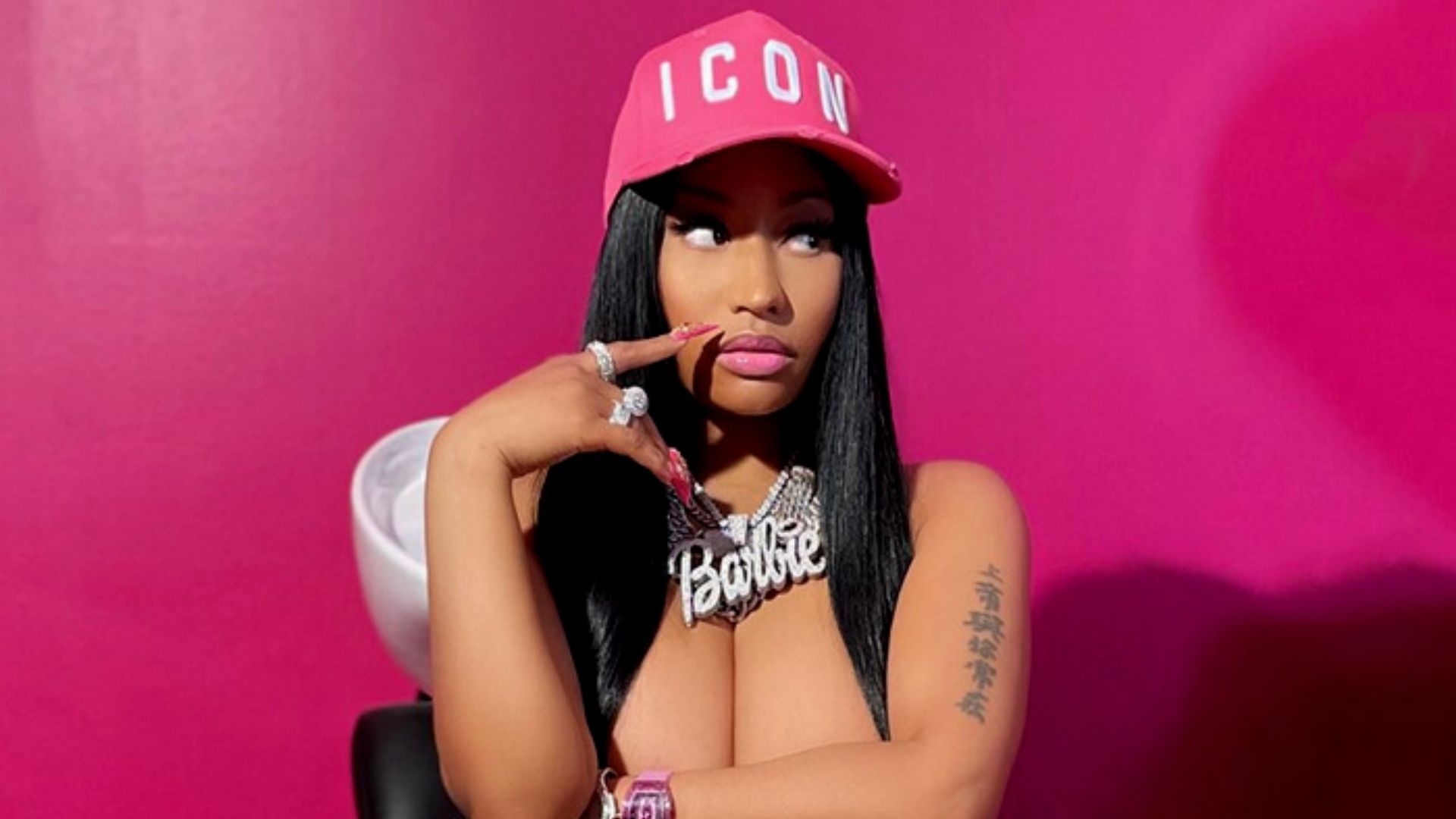 Tony Chow Lin On- better known as Chinese Laundry, the owner of urban radio station, 96.1WEFM in Trinidad, is baffled by the negative publicity surrounding recent remarks by Nicki Minaj on Twitter as it relates to why she declined this year’s Met Gala invitation. He calmly analyzed the situation on Facebook this afternoon.

Minaj, a St. James, Trinidad born rapper has left international media houses spinning, with even CNN covering her tweet. “My cousin in Trinidad won’t get the vaccine cuz his friend got it & became impotent. His testicles became swollen. His friend was weeks away from getting married, now the girl called off the wedding. So just pray on it & make sure you’re comfortable with ur decision, not bullied,” she wrote on the social media platform. Her comment came after explaining that she had not been vaccinated, which was a requirement for all guests attending Monday’s Met Gala.

On the heels of coverage by various media outlets, including Variety, and even a humorous highlight by comedian Trevor Noah, Chow Lin On said, “her words were harmful at a critical time.”

The well known Trinidad and Tobago entertainment industry executive wrote, “All major news agencies, CNN , Washington Post and others including Dr Fauci , all concluded that Nicki Minaj’s baseless claims were irresponsible at best and highlights the issue of when celebrity influence is terribly harmful. So after all the memes, fun and social media engagement, long after it’s not a trending topic , her words were harmful at a critical time , as the world is engaged in the mother of all battles , THE PANDEMIC!!!! and the unfortunate side show , it’s a Trini with missing brain cells , Jed I want us to be famous for our music , our culture, our sporting achievements, our contributions to protecting the environment, a model for multi ethnic societies etc etc . THIS MY FRIEND IS NOT IT.”

This latest less- than -well- thought -out expression by the 38-year-old “Anaconda” singer comes on the heels of the 2020 Tokyo Olympics scandal involving Trinidad and Tobago sprinter, Michelle Lee Ahye who called out Minaj on Twitter in July, after she congratulated Jamaica’s athletic team and failed to even mention the Trinidad and Tobago athletes who were also at the games. 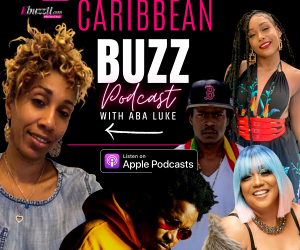